﻿ Shrine of the Divine Mercy in Plock 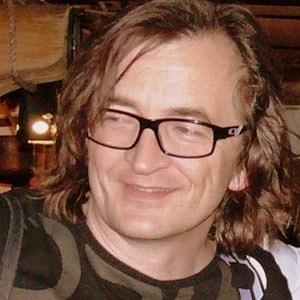 The Shrine’s design is the result of a combination of spatial, functional and sacral requirements. While making this new facility, both the architectural style of this part of the city and the surrounding buildings had to be taken into account. The adequate scale, details and style of the building do not interfere with the surrounding neighborhood.

The front of the Shrine faces the street and is characterized by a tower similar to the style and size of the nearby tower of the Marshal Stanislav Malachowski High School and as such does not interfere with the general style of the surrounding buildings. The lack of the typical city square associated with the Shrine makes this new facility face “inwards”. This position of the buildings helps to create a silent atmosphere for prayer.

The Shrine is a group of a multi-functional buildings. The existing apartment buildings on the Old Market Square side, prior to this development were not very functional. There was a lack of the sacral area. Hence, the idea of building a church with a chapel was born. And because the Shrine is visited by pilgrims from all over the world it was necessary to provide support facilities for the visitors. Therefore, a coffee shop, lecture rooms and museum were built.

Finally, there is a designated space where Saint Sr. Faustina received from the Lord Jesus the command to spread the cult of the Divine Mercy and provide an image of the Merciful Jesus that makes this Shrine unique among others. It is marked by a tower, whose interior single-space extends from the museum in the basement up to the skylight and its tended roof.

The whole project is in view of the structure of the new church, whose roof fits well with the surrounding street buildings. One can enter into the church from different sides: from the interior square, from the Old Square and through the chapel.

The two new sacral spaces - the church and the chapel - can be used either separately or together by opening the glass wall which separates them. The interior arrangement of the Shrine is done in such a way that one can use it in different ways.