History of the Shrine of Divine Mercy in Płock

The place where the Divine Mercy Shrine in Płock is located today is the place of the Merciful Lord Jesus revelation to St. Sister Faustina Kowalska for the first time. It was here, at the Convent of the Congregation of the Sisters of Our Lady of Mercy where Faustina was instructed by Jesus to paint the image with the caption Jesus I trust in you. The event took place on 22nd February 1931. 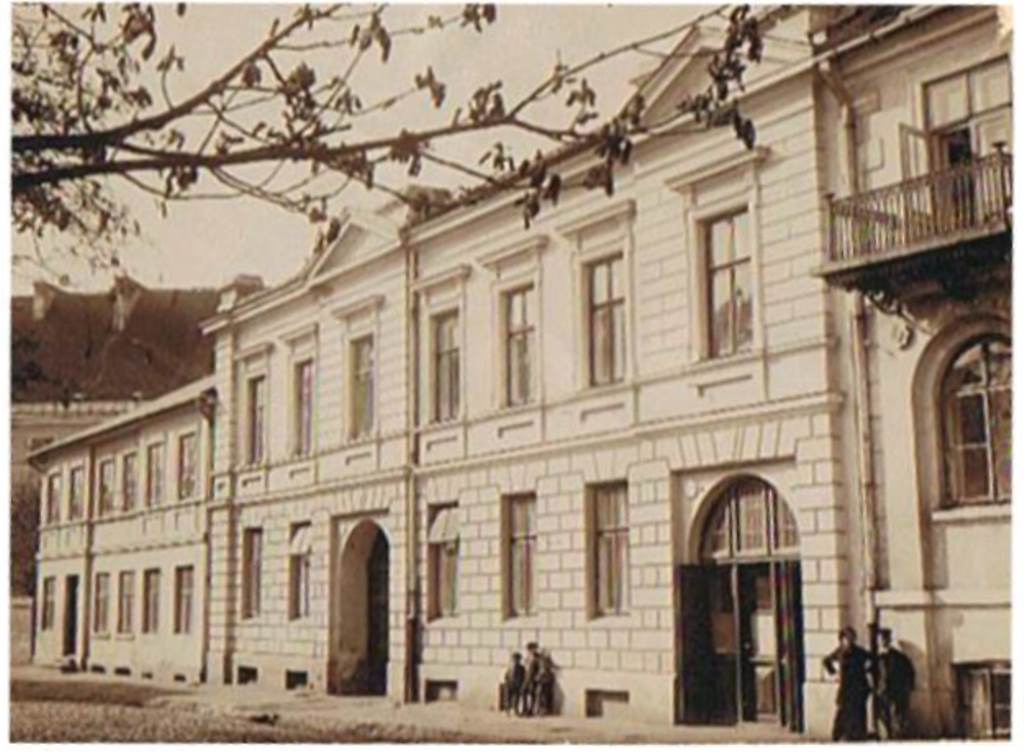 The Sisters of Our Lady of Mercy came to Płock at the end of 19th century. In the years 1899 – 1950 they worked as tutors and teachers at The Guardian Angel Institution for girls and women who were in need of profound moral renewal. The Institution was located in Stary Rynek. In 1950 The Guardian Angel Institution and the convent were nationalized. The Congregation's return to Płock took place, after 40 years of its forced absence, as well as the dedication of the chapel, in 1990. Simultaneously the sisters could restore their activity.

In 1991 the Pope John Paul II visited Płock and he blessed the image of the Merciful Lord Jesus. It was the image painted by a painter from Toruń, Elżbieta Hoffmann – Plewa. In 1992 the image began its peregrination over the diocese.

In 1999 the bishop of Płock Stanisław Wielgus, at the request of the sisters, gave the chapel the title of the Divine Mercy. On 30th April 2000, the Sunday of Divine Mercy, the peregrination of the image was finished. Since that moment on the image has been placed permanently at the chapel.

On the same day the Pope John Paul II canonized the blessed Sr. Faustina Kowalska and proclaimed The Feast of Divine Mercy for the whole Church. It's worth reminding that the Lord Jesus's request of that Feast was expressed in the following words in Płock: I desire that there be a Feast of Mercy. I want this image, which you will paint with a brush, to be solemnly blessed on the first Sunday after Easter; that Sunday is to be the Feast of Mercy (Diary 49).

Referring to the dynamic development of the Divine Mercy devotion at the place of the Merciful Lord Jesus's first revelation and the devotion to St. Sister Faustina, the bishop Stanisław Wielgus by order of the erecting decree issued on 30th April 2000, established the chapel of Divine Mercy in Płock, Stary Rynek 14/18 the Diocese Shrine of Divine Mercy.

Text of the Decree

Over many years the chapel of the Sisters of Our Lady of Mercy in the Old Market Square in Płock, the place of the revelation of the Merciful Jesus to Sister Faustina Kowalska, has seen very rapid growth in devotion to the Divine Mercy. In addition to the residents of the city of Płock, an increasing number of pilgrims come to this place from throughout the Diocese of Płock, from different parts of Poland and also from abroad, to nourish their faith and ask for the gift of God’s mercy, to pray for sinners and implore mercy for themselves and the whole world. In this place the relics of St. Faustina and the Divine Mercy image are kept and venerated. The image has travelled throughout all parishes of the Diocese of Płock, religious houses and seminaries.

Therefore, bearing in mind the relevant provisions of canon law, for the greater glory of God in His ineffable mystery of the Divine Mercy, on the day of the canonization of Sister Faustina, I hereby establish the chapel of The Divine Mercy in 14 Stary Rynek in Płock (Old Market Square) as a Diocesan Shrine.

The Shrine will meet its objectives as given in the Statutes which I am to approve.

At the present time the Shrine is located in a small temporary chapel. Consequently, a decision about the construction of a new temple has been taken. Additionally, the pastoral and social facilities for the pilgrims and Divine Mercy apostles are intended to be built. A cornerstone for the extension was blessed by the bishop Piotr Libera during the Divine Mercy Feast in 2009. On 15th May 2015, after completing all the needed preparatory works, the sisters began the building extension of the Divine Mercy Shrine, at the spot where the Merciful Lord Jesus first revealed himself to St. Sister Faustina. Mr Jacek Jaśkowiec is the architect of the new building.

STATUTE of the SHRINE